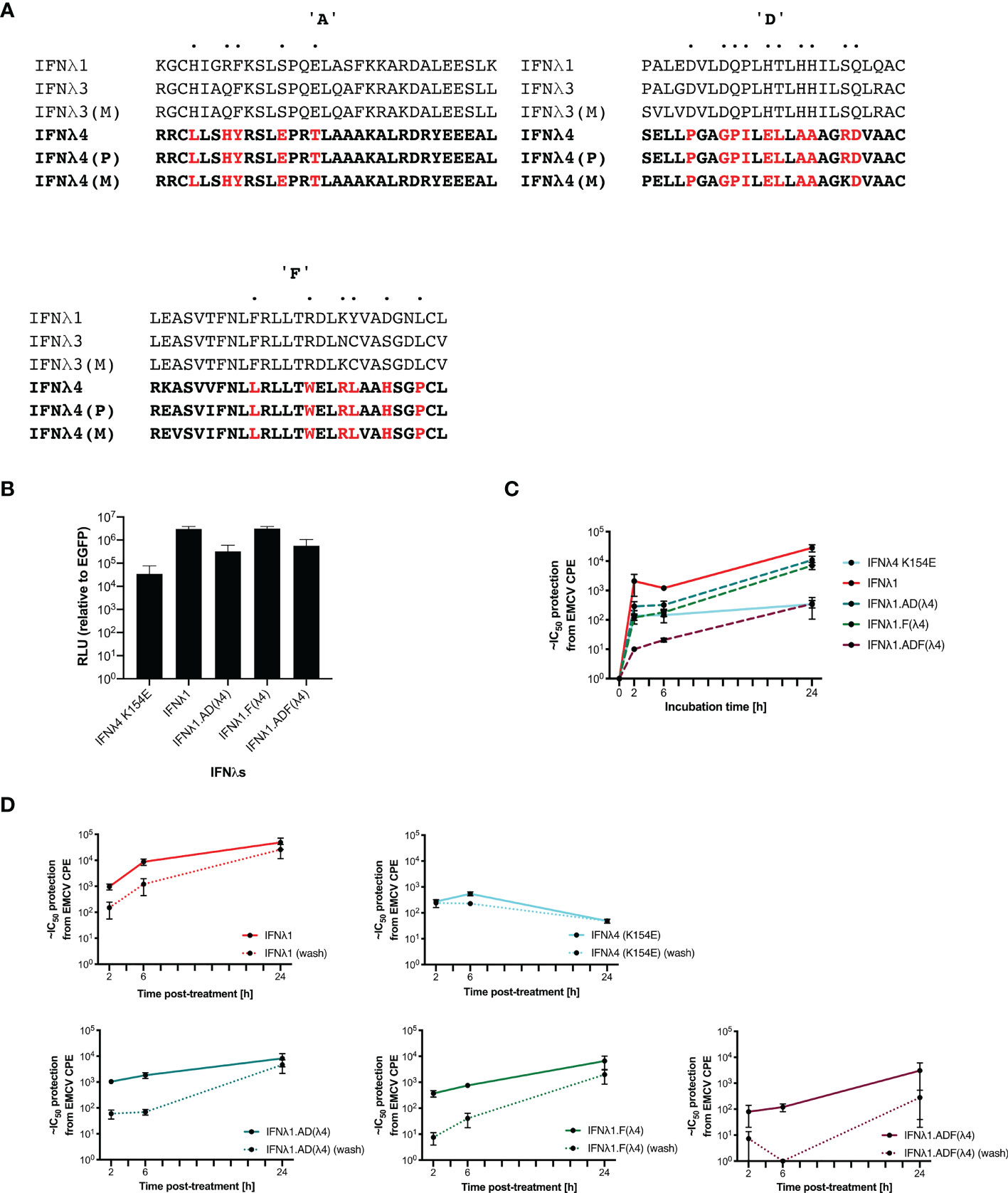 Interferon lambdas (IFNλ) (also known as type III IFNs) are critical cytokines that combat infection predominantly at barrier tissues, such as the lung, liver, and gastrointestinal tract. Humans have four IFNλs (1-4), where IFNλ1-3 show ~80%-95% homology, and IFNλ4 is the most divergent displaying only ~30% sequence identity. Variants in IFNλ4 in humans are associated with the outcome of infection, such as with hepatitis C virus. However, how IFNλ4 variants impact cytokine signalling in other tissues and how well this is conserved is largely unknown. In this study, we address whether differences in antiviral signalling exist between IFNλ4 variants in human hepatocyte and intestinal cells, comparing them to IFNλ3. We demonstrate that compared to IFNλ3, wild-type human IFNλ4 induces a signalling response with distinct magnitudes and kinetics, which is modified by naturally occurring variants P70S and K154E in both cell types. IFNλ4’s distinct antiviral response was more rapid yet transient compared to IFNλ1 and 3. Additionally, divergent antiviral kinetics were also observed using non-human primate IFNλs and cell lines. Furthermore, an IFNλ4-like receptor-interacting interface failed to alter IFNλ1’s kinetics. Together, our data provide further evidence that major functional differences exist within the IFNλ gene family. These results highlight the possible tissue specialisation of IFNλs and encourage further investigation of the divergent, non-redundant activities of IFNλ4 and other IFNλs.